“…Should anyone deliberately take another’s life, him also shall ye put to death…”

The world of man is a terrifying place. A world constructed on violent notions of masculinity. A world where power is the only rule, and law is secondary to what can be taken by force. In today’s society, man’s confidence is proportional to his capacity to accomplish what he wants devoid of co-workers’ approval, against economic obstacles, and by the exercise of his own aggression. Society bows to corporate, monetary, physical, social, and sexual might. This rule by masculine power – its political, social, institutional, and cultural apparatus – is known as the “patriarchy,” to feminist scholars.

Our political world remains in the grip of its own insecurities of phallic inadequacy: each actor on the world stage determined to substantiate claims to tyrant fertility by means of their tank size and number of infantry and nuclear missiles commanded. International relations have been governed by men challenged by their own fear of infertility and lack of procreative capital for too long. Our world has gone to war over power-obsessed men unfit to carry workman’s hammers, let alone their own god-given equipment. Let it be known to all who command armies, allow widows to raise their husbands children fatherless – to all who carry a gun – it does not matter that your 2nd amendment allows you to compensate for your phallic inadequacy – you do not have the right to kill what God has Himself raised up!

The dominant relationship of men over women in the home, born of inadequacy and fear of being undermined by a biologically inferior specimen, has carried over into those men’s professional lives, and in the case of international relations, has written the political history of the world in blood. So long as we view physical might as the measure of social and familial right, the world will rot from the core outward. Family is the fundamental unit of social existence. It is precisely the personalities of men who spend their nights womanizing in Washington, in whom our decisions to wage war with foreign powers lies. And it is in the corrupt characters of these same slick cheaters-on-their-wives that the decision to allocate funding to the military-industrial complex versus education resides. A man who cheats on his wife, and thereby betrays his family, cannot prioritize the education of his own or anyone else’s children over the deafening cry of his own phallic insecurities  – no matter how his slickly whitened teeth present a tranquil demeanor before the 7 O’clock news cameras. It is these insecure facades of men (unworthy to bear the name) who appear as the face of the nation, and it is these influential, wealthy, and well-dressed manipulators who set the values that dictate our tax dollars spending allocations. It is these same power-mongers and their sojourn in privilege that has protected similarly-positioned potentates since the dawn of time from the justice of the rights of the masses.

The voice of the oppressed will no longer be silenced on the issues of global justice, and the clamor for the New World Order will no longer succumb to exhortations for patience and resignation. Our destiny is now; the Promised Day is come! The lives of those 6 men in India who committed rape-homicide will be snatched out from within them, quickly, publicly, and shamefully. The victim of rape-homicide died of overwhelming sepsis several days after the episode. If her assailants were trans-genitally disemboweled (as the victim was) and allowed to expire from septic shock – it would not be unjust. Law has to be expanded to include punishments commensurate to the heinousness of the crimes committed. Arson-murder produces fortunate victims who perish from smoke-inhalation, and unfortunate victims who endure weeks of superficial skin-site infections before succumbing to global sepsis and organ failure. Arson-murder should be punishable by death from burning. Rape-homicide should be punished capitally. The execution of these “men” in New Delhi should be publicized as both justice for the criminals and as deterrents for others who have yet to learn the rights and sacredness of women and girls. Faces, names, families, and final moments should be made publicly available and popularized. The shame and hate, the wrath and indignation of the world of humankind should be made to bear upon the psyches of these criminals – until the fear of God and the terror of humankind’s justice – both – are inculcated in their minds and in those of all men and boys like them, until all would-be exploiters of the privileges of patriarchy recognize now and forever: that the world of man and the world of his mother, his sister, his daughter – in short: the world of woman – will not stand for this type of treatment.

“…Should anyone intentionally destroy a house by fire, him also shall ye burn…” 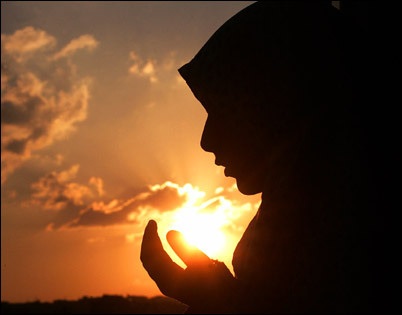