Global prosperity will result from the establishment of universal justice. The establishment of justice in turn depends upon the progressive unification of the peoples of the world into a single community, one family, functioning like the fingers of one hand. The existence of structural impediments to the work of the unification of the people of the world cannot be denied. Foremost among such obstacles are: 1) the concept of nationhood, 2) centralized control over knowledge and the flow of information, 3) childhood neglect due to a culture of materialism and selfishness, and 4) inadequate access to an ideology of hope and reconstruction that offers a common identity. Structural improvements to social relationships will need to be made before justice can be installed as a fact of global infrastructure. For the sake of the prosperity of humankind, unity must be achieved.

Unity, is of four kinds: geography, destiny, type, and values. Prisoners that share a cell are united as a result of their physical proximity to each other, ie: their geographical unity makes them united. Workers in all nations feel a certain affinity for one other as a class who labor under toilsome conditions for the production of society’s goods. Workers also share a common destiny of being controlled by those who own the means of production, whatever corporation that may employ them. Their common plight orchestrates a shared destiny that they see in each other. Hence, the popularity of unions, Marxian theory, and the concept “proletariat.” African-American individuals, regardless of their socio-economic status, share a sense of unity with each other as a result of their race, evidenced by the development of shared culture, rights movements, and the affection of brotherhood.  African-Americans experience unity as a result of sharing identity in a common type. These three types of unity (geography, destiny and type) are of limited scope and none is universal in its potential or claim on humanity.

Geography is limited by space, there will always be another location to represent a disunity. Destiny is restricted to those who do not control their own social predicament. Thus, those who do not share the oppression or structural relationship that led to a common destiny cannot be united through it. Finally, unity based on type will always be thwarted by a more refined conception of type, due to mankind’s infinite degrees of diversity. Within every race can be found subsets, ie: ethnic or tribal differences, like in Rwanda’s ethnic cleansing.

Only one type of unity remains to unite people across geographical boundaries, regardless of social destiny, and whose existence celebrates the infinite diversity of human race, culture, language, and tastes. Value unity is the only power that can inspire the minds and attract the hearts of a limitless assortment of human souls – a unity of values can alone unite a beleaguered and disheveled humanity seeking justice and prosperity in the 21st century. 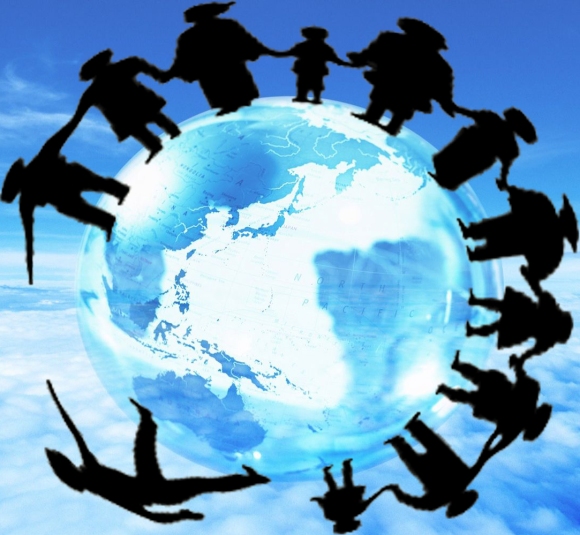