Fire arms enable tragedy in a way that no other technology does. Where guns are absent, tragedies and destruction are less. Where people possess fire arms, homicide,  suicide, and mass shootings are more prevalent. Why do we need guns? We don’t. We enjoy guns for recreational purposes. What about defense? Possession of a fire arm does not deter other people from shooting you. Self-restraint isn’t inculcated by fear of retaliation. Rational foresight isn’t a strong suit of the violent. What about the 2nd amendment? The freedom to bear arms applied to (a) musket technology of the 1700’s, and (b) farmers who resisted government occupation by force. Muskets fire few shots per minute. Modern hand guns and semi-automatic machine guns were not envisioned by the founding fathers. Who today would seriously entertain the idea that guns help deter wrong deeds committed by the government? The government could commit a host of financial fraud in league with wall street to rob a majority of american home-owners of their pensions, and there’s nothing that guns would do about it. The government is tyrannical in its corruption to corporate tycoons and NRA lobbyists, but guns ironically aren’t the solution to that: they’re the result. Modern governments are tyrannical in a non-military fashion; therefore owning weapons isn’t the solution. A discourse on the influence of finances in congress would do more good. The 2nd amendment is outdated. Society evolves; so should the constitution. Civil servants should have to make a sacrifice to hold their office to ensure their incentive is strictly the common good. Total personal income for congressmen should be capped by the IRS at a modest quantity to flush out those who seek public office for personal gain. Lobbyists would lose interest and general welfare would be the only motive left for congressmen. To serve civil society is a responsibility and a sacrifice, not an accomplishment and a lottery ticket. Periodic massacre’s are not the price of freedom, but the outgrowth of anarchy. 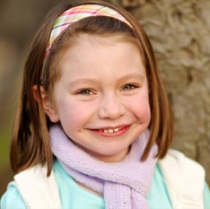