So long as woman is maintained in the prison of objectification and her worth set by superficial conceptions of beauty–international unity and peace, and economic prosperity, will remain beyond the grasp of human achievement.  The uniting power of a more compassionate and intuitive nature  can alone overcome the divisive culture inculcated by men in the war-obsessed system of nation-states.

It is the result of a soul-stirring Revelation that man has come to know and appreciate the value of women in this day and age. Truly, if it were not for the spiritual impetus yielded unto our primitive species, centuries and millenia would have surpassed us before the reality of the sanctity of the female form and the integral function performed by united families in matters of political peace, the prosperity of economies, and our cultural tastes was ultimately realized.

Much emphasis is placed on growing humankind’s economies. Few recognize, however, that social issues of a spiritual and humanitarian nature are the limiting denominator in most of these dilemmas. Fifty One percent of humankind’s workforce is cruelly mistreated and deprived of their brilliant intellectual and physical potential–which they could have contributed to the tasks of rebuilding the global economy, nurturing its social and cultural development, and organizing its international politics so as to lead us away from intractable violence. 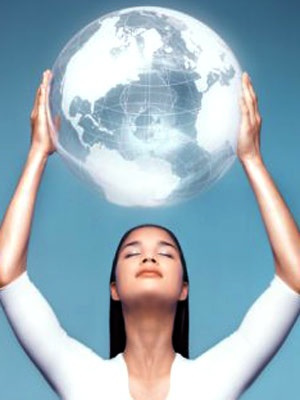