Those who wish to make a positive impact on the world are faced with a paradox born of the very privilege that motivates them to help others. They are at once the beneficiary of oppressive structures and their product. Insofar as they have become awakened to the plight of the impoverished masses they are reactionary to the knowledge of suffering and the empathic guilt of enjoying the spoils of injustice. On the other hand, were it not for this privilege the motivation to rise up in activism would be lacking as well as the technological means to analyze the problem and the social influence to pursue reform.

Emerging from this context, activists in pursuit of reform are faced with a self-reinforcing dilemma. Spearheading a movement requires the oppressed (the proposed beneficiaries of reform) to submit to preconceived models of action and adopt objectives derived from their personal experience. Naturally, not spearheading a movement would obviate the possibility of marginalizing the directions and incentives of the masses, but would remove them from the field of service. Emotional and motivational repercussions of this problem overshadow any academic shortcomings conceivable, as social organization and collective will in the rural setting are far more susceptible to unspoken implications. Overall direction being set from the outside is the hallmark of failed development initiatives.

The exacerbation of the Us-Them divide renders the population purported to be served an intractable obstacle. Alternative extremes result in cultural relativism and relinquishing the task of transformation in the name of others’ rights to self-determination and autonomy. Colonial invader or assimilated relativist seem like the only two viable options.

Are human beings doomed to be outsiders to every group except a single subculture, narrowly defined by nationality, ethnicity, social class, religion, and occupation? I believe not. But can you think of a reason why? Share your thoughts in the comment section below. 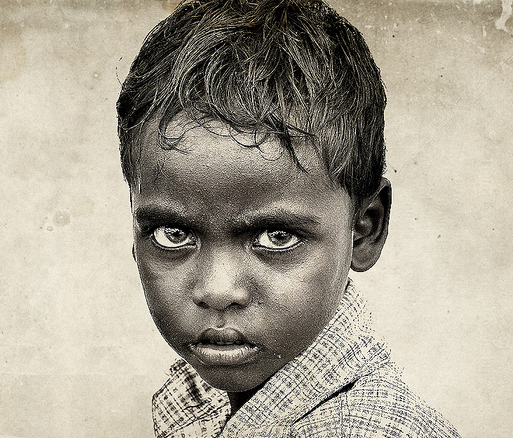 3 replies on “Inside Those Suffering Eyes: The Us and Them Dichotomy”

A friend of a different culture than mine, recently put forth the concept that psychological and social boundaries differ from one culture to another. One culture may have very loose boundaries and another very tight boundaries and these definitely produce different styles of relationships and social interactions. Respecting these differences and yet developing capacity within a neighborhood is very challenging. Can anything less than Divine Intervention through the imperative need for unity overcome or heal these differences?

The success of development efforts depends upon factors such as the culture of those who initiate the process, the culture they engage with (such as social boundaries you mentioned), and how the relationship unfolds. Various attributes unique to a culture understandably may determine how readily a population follows the plans set by developers or resists the invitation to be led. Native american tribes resisted enslavement by colonial invaders more so than west african indigenous populations. In all cases, the deciding failure seems to have been the attitude of the eurocentric imperialists or modern-day ‘developers’ that conceived of an inside-outside dichotomy, in which the foreigners were considered insiders to the planning agenda and direction setters, while the indigenous population was considered instrumentally as outside the process, as obstacles. The indigenous population needed to be manipulated in order to achieve the greater good, or so the theory goes. This attitude betrayed the arrogance at the heart of the development enterprise. It would take time before the materialistic civilizations revealed their own shortcomings. Until then indigenous populations politely accommodated the designs set by extraneous powers. “Respecting these differences and yet developing capacity within a neighborhood is very challenging” — this is the substance of our global efforts.

Thanks for your reply. The relationship of the two cultures is still on a personal level. My friend and I will need to converse/consult and see how the issue of ‘loose boundaries’ and ‘tight boundaries’ works out between us. I find the issues that arise in weaving together two or more cultures is quite interesting. It seems it is helpful if there is openness between the two or more communities. This in itself is not always easily established.